I was flattered to be invited onto Dario Llinares and Richard Berry's podcast New Aural Cultures recently. I had been listening with interest over the past few months (especially to Dario's conversation with Martin Spinelli, which was very enlightening indeed) and had of course read their book as part of my PhD research. Delighted to say that Dario made me feel very welcome and I get the feeling we could have made a 3 hour podcast had he not stopped me yakking on. Listeners, be grateful your host is a conscientious producer..!
The PhD is finally coming round to be submitted (30th September) so currently I find myself in an odd panic where I am split between being worried about getting it all finished and looking forward to getting on with other projects which have, by necessity, been on the backburner for a long time.

To be honest, I'd forgotten there was a bit on this website for news and things.

I've been busy with my PhD study so not much has been released, music, art and podcast wise. The Goodwin Sands Radiogram forms an important part of my PhD portfolio but I've been busy doing academic writing instead, though I have managed to put together two documentaries (Seaside Towns, Seaside Frowns and Nota Bene) unrelated to the Radiogram.
I'm currently working on a piece for the Canterbury Wintersound festival with composer Sophie Stone which will be either played or installed in January 2019, and there will be another live Radiogram on Feb 14th 2019 at Free Range.

It's a bit frustrating having worked so hard on a first series and built momentum only for other stuff to take me away from it, but I'm not complaining – doing a PhD is teaching me a great deal about podcasts, radio, the industry and the psychology of sound design. Stay tuned for more.

A performance derived from the Piano in the Woods project, Piano in Here saw myself (on laptop), two poets, various musicians (clarinet, saxophone, piano, double bass), films and dancers create an evening of piano-based entertainment at the Landmark Arts Centre in the suburbs on London. The project was based on the submissions of the public who took videos and recordings of pianos installed in the grounds of the impressive building. 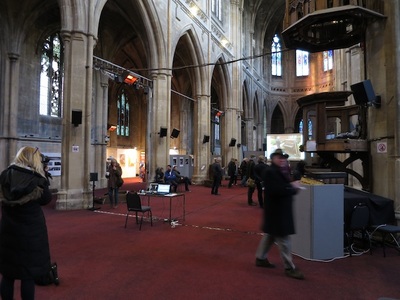 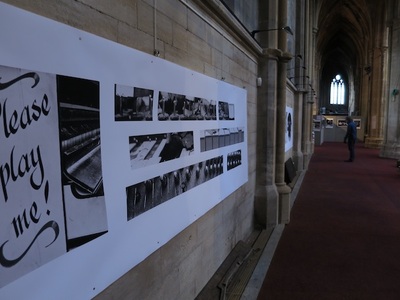 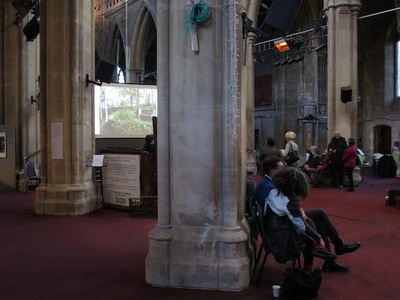 The first two episodes of the Goodwin Sands Radiogram are to be broadcast on Wednesday 27th January at 7pm on CSRfm as part of Free Range Presents and will be released on a podcast thereafter. When researching for my (unsuccessful) 33 1/3 book on Quadrophenia I came across a quote that Pete Townshend was 'itching to give birth' to the project. I now know what this feels like. Exciting, overwhelming. Yes.

The Goodwin Sands Radiogram will be broadcast on CSRfm (97.4FM in the Canterbury area) from the end of January onwards. As I chip away the 20-odd hours of interview material I have collected into the six half-hour shows I am currently also working on the production of Sam Bailey's first solo piano record which is slated for release on 7th January 2016 with an album launch at Free Range that night.

On 27th November I will be performing at Mrs Jones' Kitchen for Free Range, with portrait artist Flick Allen who is using scored speech material from interviews with her portrait sitters in her recent Begin Again project. Sam Bailey will provide the usual prepared piano parts and I will be live manipulating speech material and drones. www.free-range.co

It's been confirmed that Free Range will be moving permanently to Mrs Jones' Kitchen when the new series of events begins on 2nd October. I've got something amazingly special in the pipeline for this but it hasn't been confirmed yet and I won't go blabbering it all out until I'm sure it's going ahead.

2nd May 2014: Sounds New Festival, Songs from the Wood

My documentary piece Songs from the Wood opened as part of the Sidney Cooper installation today. While Janek Schaefer's Cloud/Cuckooland drew from much the same place as my Sonogeography installation (below), the main wallspace of the gallery was dominated by Piano in the Woods of which my work was a part. It was well received (though to expect a listener to stand for 33 minutes in a gallery space is asking a bit much) and I'll organise a suitable downloadable outlet at some point, maybe iTunes or somesuch. And Janek was in fine form, spraying aerosol glitter over anyone who stood still long enough, as if his fluffy neon feathers and laser light show weren't enough.

More Eating Sound shows have been booked. Come and see us (and eat the food while you do) at the following events:

I'll be on laptop as usual. These are great events, please come and support the band and have a terrific meal.

I played drums and laptop for the Free Range Wedding Night event - in the weirdest wedding band you've ever heard.

The five pieces across the evening were composed by Sam Bailey and featured the films of theorist Paul Taberham set to experimental compositions featuring Adam de la Cour on guitar and vocals, Rutledge Turnlund on double bass and Sam Bailey on piano. Sam persuaded everyone to wear their finest wedding attire (in my case this meant a polyester suit from Asda) and we partially improved over and to a number of experimental wedding films. There was cake, and a fine time was had by all.

Audio from the event can be heard here and here.

The day after Crikoteka's Polifonies performance of In Reculver Bay.

The performance well very well, probably the best Reid and I have performed it. The sound engineering was incredibly good - my kick drum sounded like the end of days and the snare was like a gunshot, cutting through Reid's droney and distorted guitar racket - a guitar which, surprisingly, survived customs, the flight, and being put together in the green room of the venue (the city's transport museum) in about twenty minutes flat.

We were blessed enough to receive a standing ovation. Not bad for a fella who had been up for 42 hours before he went onstage.

We're now off to look at dragons. 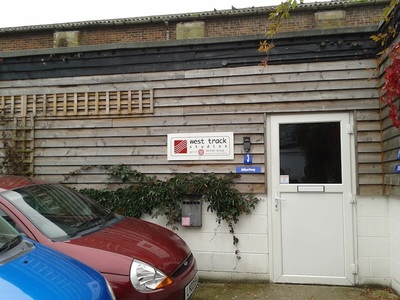 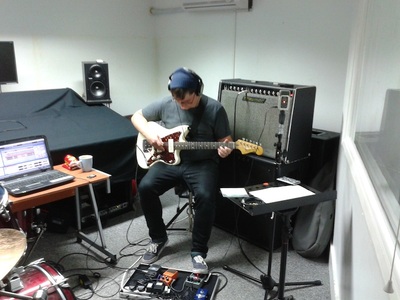 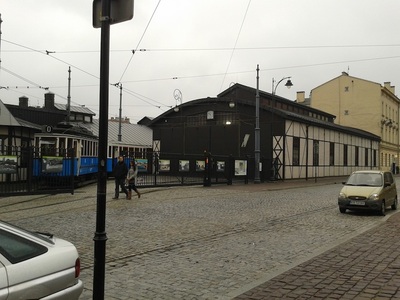 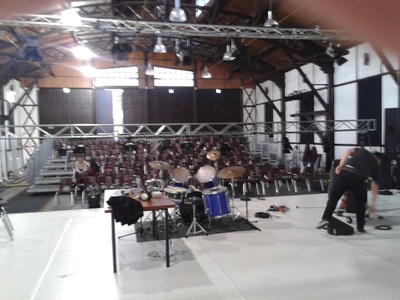 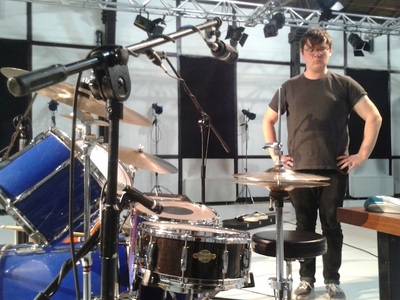 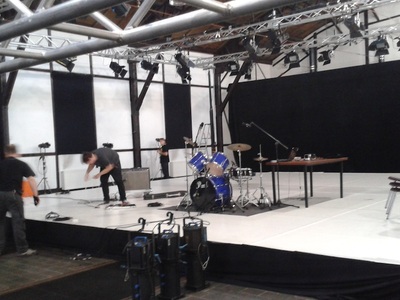